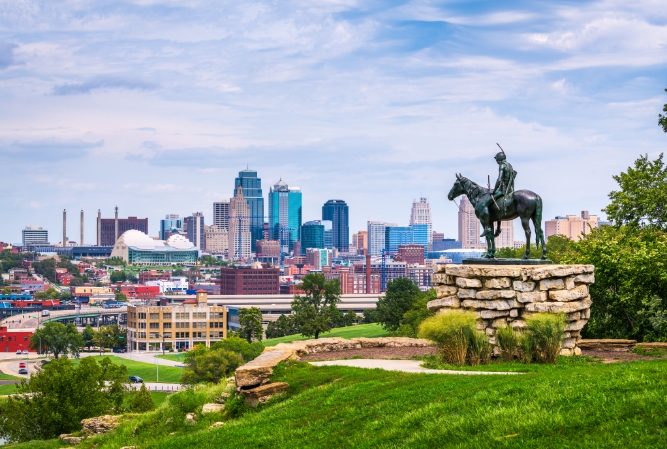 Established neighborhoods in and around Kansas City are full of older, historic homes built at the turn of the 20th century: craftsman-style houses, Tudor-style homes, Victorians, American Foursquares, and more.

Residents looking for the charm of an older home need not compromise on the modern functionality – as Architectural Craftsmen has demonstrated time and time again. Our home renovation company brings old homes back to life without sacrificing their character.

If you’re looking for a historic home to remodel and live in for many, many years, the good news is that you’re sure to find one in Kansas City, especially if you visit these neighborhoods.

Located on the west side of midtown, Volker is bounded by 31st Street to the north; Westport Road/34th Street to the south; State Line Road to the west; Roanoke Road on the north side of 39th; and Southwest Trafficway south of 39th Street to the east.

Highly-walkable Volker is known for KU Medical Center, the Loretto Building, the Roselawn estate, and more, with diverse architecture representing nearly every era: craftsman-style houses, bungalows, colonnade apartment buildings, and more, including the Kansas City style shirtwaist. Most homes were built in the 1920s, but an infill of mid-century ranch homes is also common.

Nestled between Roanoke Park and Restaurant Row on 39th Street, the Roanoke neighborhood is small and exclusive, with just 100 homes within its confines, all built in the late 19th and early 20th centuries.

A blend of architectural styles, including Tudor-style homes, creates an eclectic vibe in the neighborhood, all unified by wooded properties and natural terrain.

Much of the neighborhood is considered historic, including the Thomas Hart Benton Home and Studio, the home of the famous Missouri artist.

For more than 100 years, historic Brookside has served Kansas City with its specialty stores, grocers, and boutiques, all keeping with the original neighborhood charm and architecture. Bound by Wornall Road to the west, Main Street to the east, 62nd Terrace to the north, and Meyer Boulevard to the south, Brookside’s neighborhood center and sense of community draws residents to it. Brookside homes vary in architecture and size, and despite its eclectic vibe, it all feels cohesive to its residents.

Like Brookside, Waldo offers its residents a bustling neighborhood center, although it got its start as its own community, encompassing Gregory Boulevard to the north, 91st Street to the south, Holmes Road on the east, and State Line on the west. A retreat from Kansas City’s urban core, Waldo retains its flavor as a family neighborhood on the city’s edge. It features older, historic craftsman-style homes built at the turn of the 20th century, as well as “newer” mid-century ranch homes of varying sizes and amenities, and everything in between. There’s truly something for everyone in Waldo, which is why it’s a much-desired destination neighborhood.

Technically encompassing parts of both Waldo and Brookside, Ward Parkway is situated between Gregory Boulevard to the north, Wornall Road to the east, 75th Street to the south, and State Line Road to the west.

Just south of Brush Creek and bounded by 47th Street/Emmanuel Cleaver II to 51st Terrace and Oak Street to Wornall Road, the historic homes in South Plaza still pay homage to the story of Kansas City.

A blend of upscale condos and apartments, jazz clubs, restaurants, and architecture that reminds you of your trip to Seville, there’s something for everyone in South Plaza. It’s home to the Nelson-Atkins Museum of Art and is just a stone’s-throw from other midtown neighborhoods, like the Country Club Plaza and Westport.

A highly-desirable neighborhood composed of some of the largest houses in the city, Ward Estates is bounded by Ward Parkway to the west, Wornall Road to the east, West 55th Street to the north, and West 57th Street to the south.

A midtown Kansas CIty neighborhood, Hyde Park is situated between Country Club Plaza and downtown, and contains 1,500 homes and historic apartment buildings. Platted in 1886 through 1888, Hyde Park became the largest planned development of single-family homes in Kansas City by the 1920s.

Situated in Johnson County, Kansas, Mission Hills borders State Line Road and was initially developed by J.C. Nichols in the 1920s as part of his Country Club District plan. Described as having a “cozy informality,” Mission Hills is an upscale neighborhood that includes wooded hills for which the locale is named, and winding streams. And with three golf courses within its confines, it’s the ultimate place for a weekend leisure staycation, just outside the urban core of Kansas City.

Mission Hills architecture is varied, but includes Tudor-style houses and Colonials in a variety of styles. These larger homes are just as historic as the original community plan.

We’re not at all being hyperbolic when we say that if you expect your historic home to retain its distinctive details and design, you’ll need to partner with a home renovation company that understands its architecture, construction, and the original intent behind its design, regardless of the neighborhood where you live.

As an award-winning home remodeling firm, Architectural Craftsman pays close attention to every facet of your historic home, working to preserve its significant design elements to reflect your lifestyle and bring out the soul of your house.

To learn how our master craftsmen can breathe new life into your historic home, send us a message online to request a discovery appointment.

What Is a Victorian Home, and How Should I Remodel Mine?

What Can an Architectural Craftsmen Home Remodel Include?

What Is Tudor Home Architecture and Style? 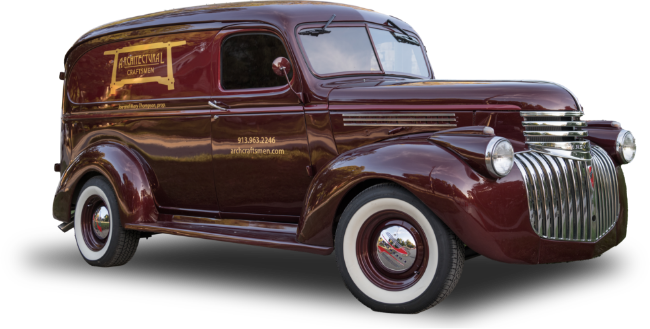